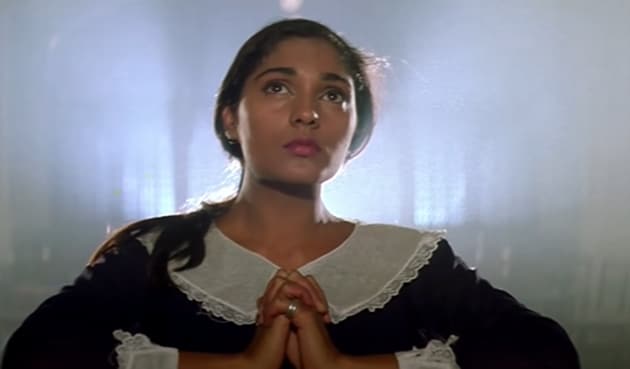 When we talk about superhit movies and chartbuster music, We cannot just skip the 90’s blockbuster whose songs are still on loop and chart buster.

The romantic saga has loved by many and made the Actors more popular than ever. The most famous face and the important part of this movie were Anu Agrawal.

She started her career with super hit films like Aashiqui but soon got disappeared from the big screen. We haven’t heard more about her despite such good opportunities she got.

Breaking the silence on her career, Anu Agrawal recently in an interview said after her ” accident in 1999 she went into Coma, Which has made the drastic changes in her life.

Anu said she was used to staying in an Aasharam before her accident but she forgets everything afterward.

In one of the interviews she mentioned, how mentally different the situation was for her. She had removed all her hairs and gone bald, only used to have a book in hand which had more articles related to braid and mind.

When she was questioned about being ill-treated and about the behavioral fact about Bollywood in one of her interviews with Pinkvilla. She said, “I don’t know what to say. But I feel the people in this industry are more jealous and do not want you to grow or achieve the heights”

Now, Anu Agrawal is no more in the film industry and we may see her not involved in this world of entertainment anymore. She was one of the actresses who were part of the blockbusters like King Uncle, Khal-Naayika, and many more