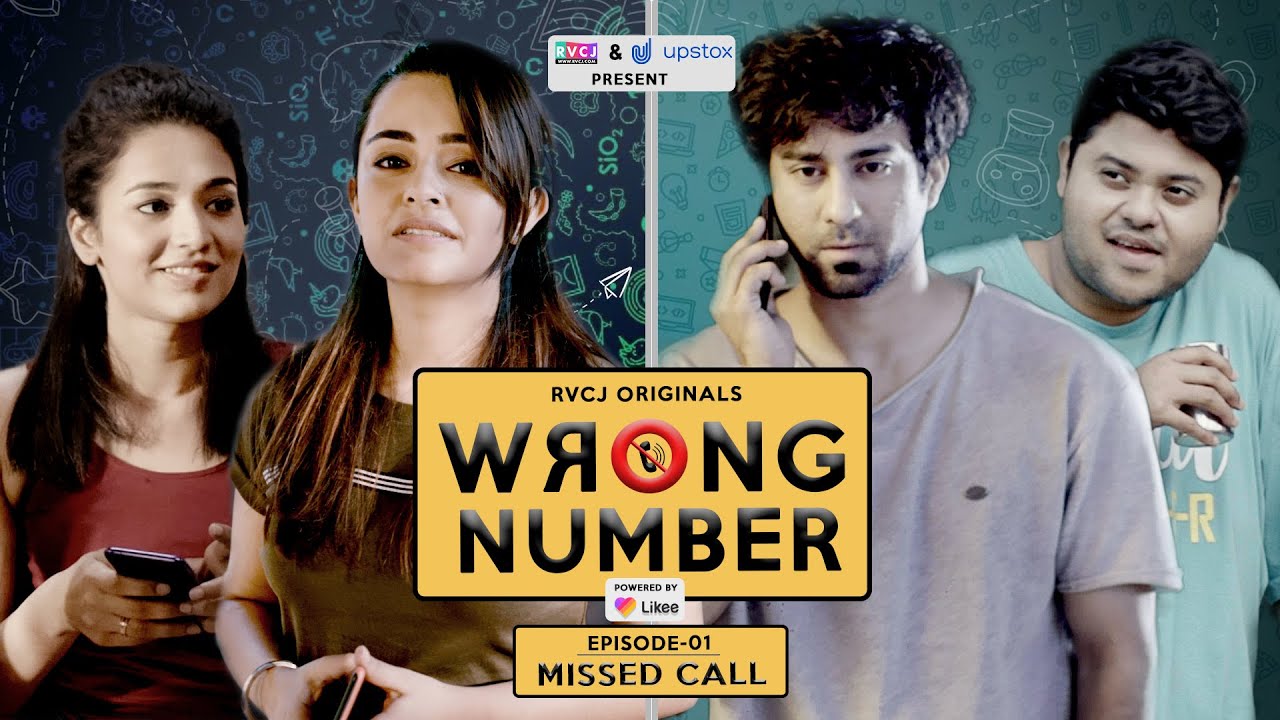 Wrong Number is a happy tale in the right way

If you love old movies or you’re 90’s kid . There’s a high probability of you remembering the movie Mujhse Friendship Krogi in which Hrithik Roshan and Rani Mukherjee bring us a love story behind the display of the screen.Wrong Number is a webseries which reminds you of this movie.

Just imagine you purchased a new sim card. And the moment you put that on your phone suddenly some pop-ups start’s flashing on screen? Well Weird! right? Additional to that those messages are for someone you completely don’t know to someone you don’t have any idea about.

Wrong Number is a web series based on a plot where a boy Kartik gets a new sim card but the number is not so new. It previously belonged to someone else. This number switch will create how hilarious situation and how it will impact Khushi and Karan’s lives, this is what the main plot of the wrong Number is all about.

These 3 episodic web series have all the ingredients to get entertain. Which is written by Tatsat Pandey and concept by Harpreet Singh. Sumit Kumar’s direction is good. And having some superbly talented actors make this web series even more worth watching.

It’s a story of a girl Khushi a medical student who didn’t get over her ex-boyfriend Rajat. Who is not in talking terms with her post their fight/ breakup. But Khushi didn’t give her efforts, She writes him daily. She texts him how her day was, What she is doing now, her emotions and how much she misses him. But those messages don’t deliver to that number.

Karan a 2nd year Engineering student gets the new sim card and as he puts that in, His phone starts beeping with the number of messages. In short, Karan gets a new sim card which previously belonged to someone, and because of its inactivity, he gets that number.

Hilarious confusion begins here those messages on Karan’s new number are of Khushi which doesn’t get delivered from quite a long time now get delivered. Shukla performed by Badri suggest him to talk her as Rajat. This is how the whole story begins.

Khushi comes under the illusion that Rajat is back and now she is talking with him but on the other side its Karan. What will happen if Khushi will find out its Karan there and not Rajat? What will happen to Rajat afterward? To find all the answers you can watch this web series.

If we use a term say Chhota Packet Bda Dhamakha for this web series so it will not be unfair. Performance-wise everyone did an excellent job. Badri Chavan is a stealer in this web series and he will never fail to entertain. He is such a great talent.

Will there be a Sequel of Wrong Number webseries ?

If you are looking or finding an answer for this mini web series sequel then you are expecting something really good. You can surely expect a sequel of this web series soon as makers also confirmed about the sequel.

When we can expect the sequel? Well, Anytime soon. As makers of this web series promised when they feel now this is the right time, They will launch the second season.

Why we need the second season of the wrong number? The first season is of only three episodes, Even though it has everything sorted. There are some questions left unanswered. Like what will happen next in between Khushi and Karan? Who was Rajat? Where he is? Why he dump Khushi? What exactly happened between Rajat and Khushi? What will happen if Rajat will come back to Khushi’s life? There are many questions that we wanted to get known with.

With the wrong Number, we can say it’s not a wrong choice to spend our time watching this. So on your happy time, you can make this web series a part of it. Well before signing off I will suggest a web series name “Tsp’s Weekends “which is presented by The Screen Patti, Do watch and share your feedback.